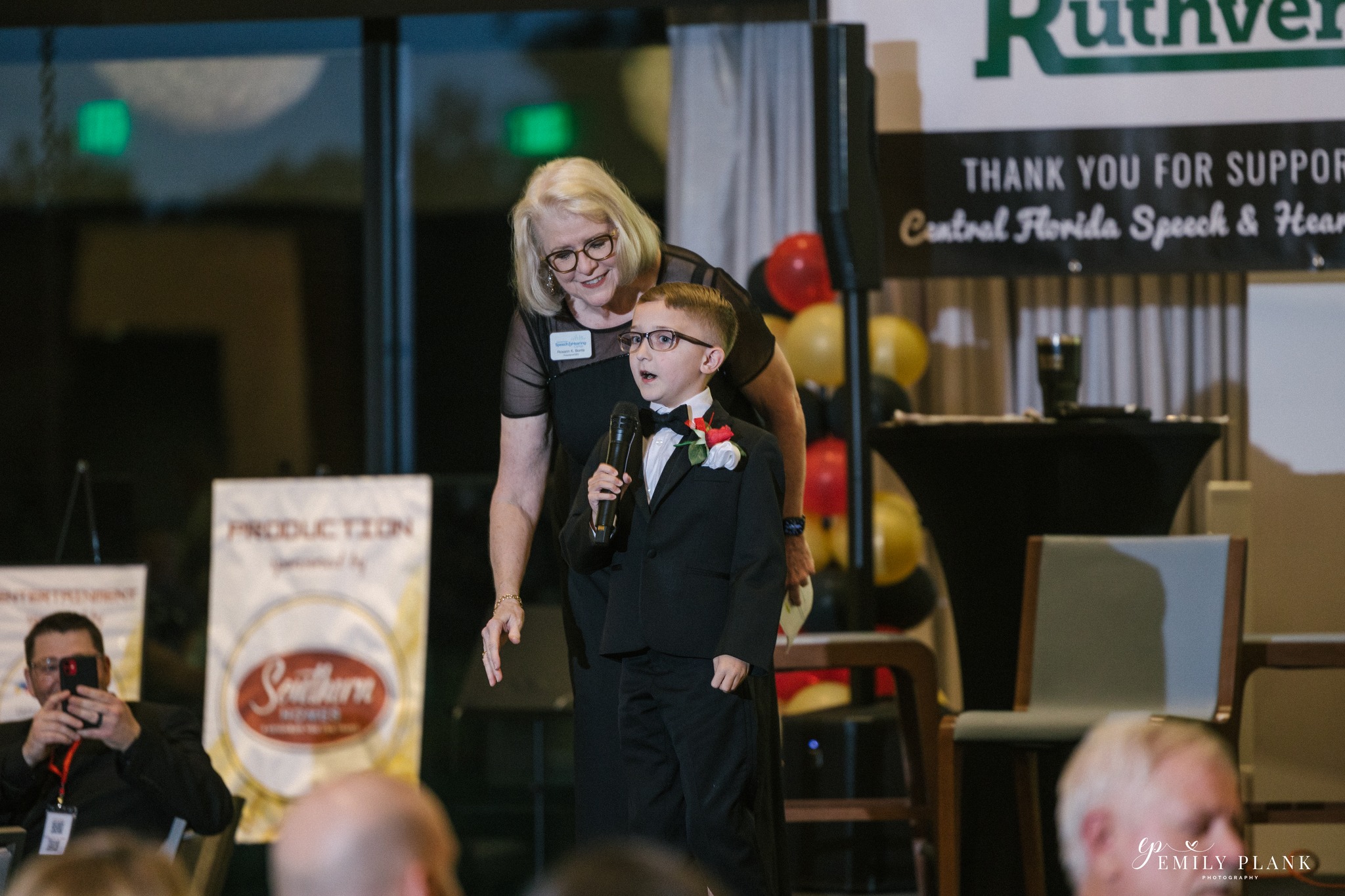 Your Gift helps children, like Ayden, learn, play, and connect with others!

Ayden is a friendly boy, full of energy and always ready to share a story or information. Ayden’s development started out like most kids. He started with babbling, however, his babbling did not develop into words. He vocalized and appeared curious about the world around him, but rarely tried to communicate. After speaking with Ayden’s pediatrician, his mother decided to seek help for his communication difficulties.

At his initial speech/language evaluation at Central Florida Speech & Hearing Center, Ayden was true to himself; full of energy and exploring the evaluation room. He was presented with toys and books, but he did not play or attend to them. When confused, he sought comfort from the Speech-­Language Pathologist by climbing in her lap. He appeared content when chewing on his sippy cup or a ball offered to him. He vocalized with his mouth shut and did not speak.

A few months later, Ayden tried different ways to communicate. He used American Sign Language to request “more”, he imitated speech inflections while babbling, and began mimicking words modeled by his SLP and parents. By his re­evaluation, Ayden was showing play skills, followed simple directions, tried copying words verbally, gestured and vocalized for objects, and used at least 5 verbal words. Ayden proved that with help and guidance on how to communicate, he could do it! As his vocabulary blossomed, sound errors were revealed. He practiced his target sounds and continued to make progress in speech and language. Even with an additional diagnosis of Autism, Ayden improved.

Today, Ayden presents with receptive language skills within normal limits. He is able to use all speech sounds correctly in conversations. He is now working on sentence structures and social use of language. He is thriving in his general education classroom with continued ESE supports for specific skills. He works hard towards his reading goals and wants to succeed on his reading comprehension quizzes. Ayden comes to therapy excited to learn and eager to try his best! His progress and success are what every Speech/Language Pathologist dreams of seeing from their patients!

This will close in 0 seconds